On Saturday, February 1st, Senator Sanders will be facilitating a public forum in Montpelier entitled “NSA: Out of Control.” It will feature Professor David Cole from Georgetown Law School , and Heidi Boghosian, the Executive Director of the National Lawyers Guild, and, as of the time writing, almost 100 people have RSVPed to the Facebook event. 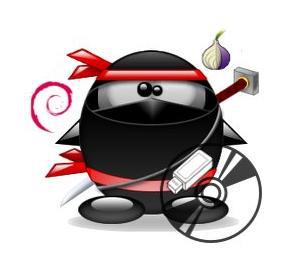 The event certainly seems like it will be a good opportunity to learn more about the NSA privacy abuses that have flooded the media in the wake of Edward Snowden’s revelations, but, beyond that, it offers an ideal opportunity to widely distribute user-friendly privacy tools that allow people to opt-out of the NSA drag-net immediately while Congress figures out how to appropriately respond to the revelations of abuse. The best suite I’ve found which is easily usable by folks with limited computer literacy is TAILS Linux, a live OS based on Debian that, among numerous other features, is preconfigured to route all internet connections through TOR.

As such, in the next week I will be assembling a few hundred burned DVD copies of the latest TAILS release to hand out to the attendees of Saturday’s event. If anyone would like to help defray the cost of DVDs and jewel cases, Bitcoin donations can be sent here: 13qaGsVRjoGHmYnV4RZcugnfxpTXxRkAsL

Additionally, I’ll be working on burning and assembling copies at the Lab during public hours on Thursday from 7-9pm; if you want to help with production or with distribution at the event itself, stop in! 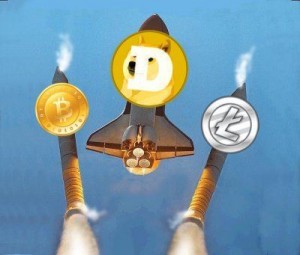 To follow up on the great gathering of crypto-currency enthusiasts at the Lab that was recently featured in Seven Days, the Lab will host a “Satoshi Square” this coming Tuesday, January 28th from 7-9pm. The goal is to bring together the community of Bitcoin/ Litecoin/ Dogecoin/ Coinye devotees to get to know each other, truck and barter, and discuss the latest news and opportunities that the emergence of crypto-currencies present for Burlington.

The BTV Web App Group meets several times a month for presentations and networking. Laboratory B, the local hackerspace, holds regular events. The sustainability-focused Green Drinks meets twice monthly, once in Burlington and one in Montpelier. CodeForBTV, a civic hacking group that meets weekly, enjoys support from Code for America, and they’ve produced several improvements to local systems and organizations. The meetup groupBurlington Net Squared also hosts regular meetups that cover many different tech angles. Tech Jam Vermont is a well-attended annual event sponsored by Dealer.com, which is headquartered in Burlington.

Laboratory B was profiled on VPR the local public radio and NPR affiliate by Jon Kalish. Woot!